All the diocesan results are now in, so it’s possible to see if the trends that seemed to be emerging are there all the way through.

Last week, as the synod results started to come in, I posted a blog post to start to analyse the results, and in particular to see if there were any emerging trends relating to gender / election results.

Now that all the results are in, if you take a very broad level view, it would seem that everything is straightforward. Comparing the gender split of total clergy (2012), against the gender split of the House of Clergy elected to General Synod, 2015; overall, the gender balance is almost identical – a result I found surprising.

However, this overall matched ratios, disguises some interesting dynamics in the processes to get to this result.

There are interesting features in the data for both the candidates standing for election, and those that are elected. 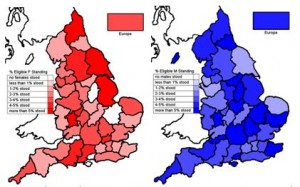 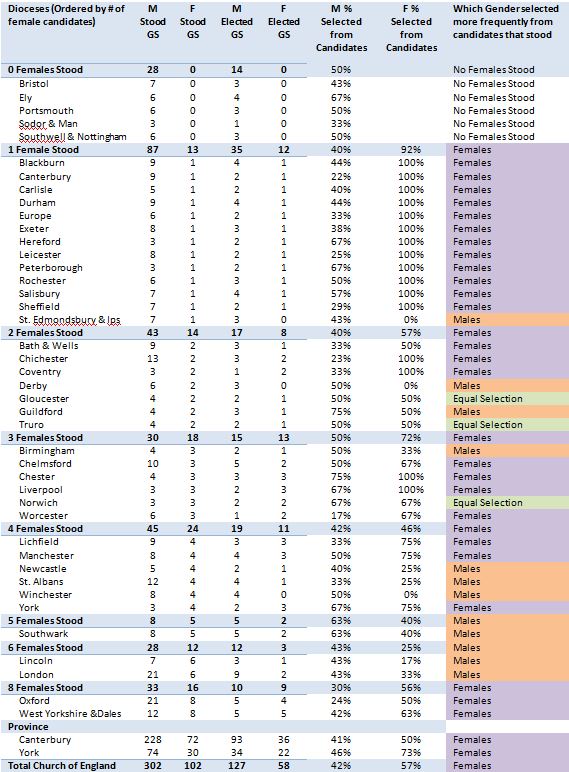 I’ve attached my full pdf report illustrating this, and the data if you want to take a look.